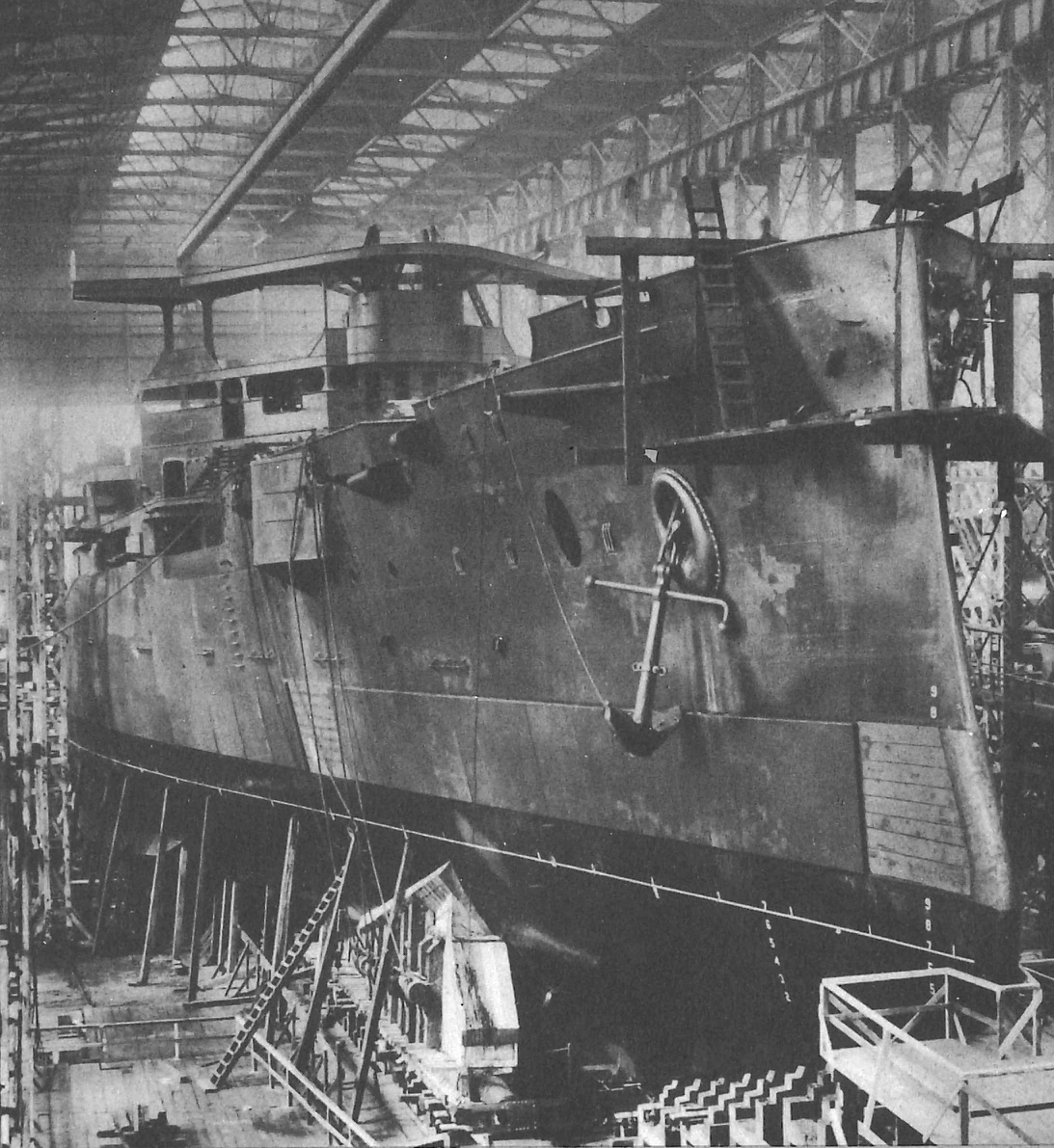 Above: The armored cruiser USS Washington (ACR-16), the first naval warship ordered from New York Ship, seen on the ways in 1905.

Within its first decade of existence, New York Ship established itself as a major shipbuilder of both small and large naval and civilian merchant vessels. Its first battleship, USS Kansas (BB-21) was completed in 1907, while it also quickly established a high reputation for building quality, high speed destroyers, the newest type of naval warship.

By the time America entered the First World War in 1917, New York Ship had grown to become the largest shipyard in the world, with the completion of its middle and southern yards. These additions were necessary to keep up with the ever increasing number of civilian and naval construction orders being placed.

It was also during the years of WWI that New York Ship began to build nearby communities in order to attract and house its ever expanding work force. Yorkship Village, a self-contained community within the City of Camden and now known as Fairview, was an example of this type of self-contained neighborhood. It received a national award as a “planned unit development” community.